I (Clare) a number of years ago started keeping an annotated list of books I have read. I 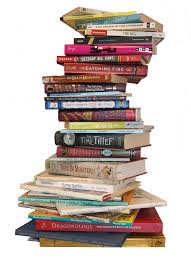 shared the list with my book club and then friends asked for it and on and on. I have continued to update my list. Here are the books I have read the last little while. Click here for the entire list. Books I have read You will notice that I really like murder mysteries but read almost all genres.
Feel free to share the title of a good book with me. Thanks. Happy Reading