On her CBC radio show The Current, Anna Maria Tremonte discusses  the growing phenomena of faking our way to cultural literacy. A 2013 study based in the U.K. reported that “more than 60 per cent of people living in the U.K. pretend to have read classic books they’ve never actually read.” Faking cultural literacy has become easier  than ever because of the rise of social media. Picking up information on a book or movie has become very easy with apps like twitter or facebook.  Alexandra Samuel, vice-president of social media at a marketing firm, attributes faking cultural literacy to our need as humans need to fit in. He says, “We have, as a species, the need to create social bonds with people who we want to be like. People try and identify with a group they see as positive and then reinforce the qualities of their own that connect them with that group.” Belshaw, educational researcher, believes that faking it has become part of being culturally literate or “a way of understanding the world,” but he warns, “we need to make sure that we are not naive about the structured interests behind the technology we use.” 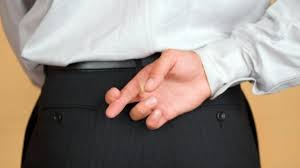