Findings from the study revealed that the number of teachers of colour has dropped over the past decade across all nine cities. Albert Green from The Atlantic noted “Despite the fact that more students of color will be filling classrooms at increasing increments every school year, it’s a well reported fact that almost 80 percent of their teachers are white—and it doesn’t appear that that will change any time soon.” Green concludes his article asking pertinent questions in attracting and retaining effective teachers of colour. He says:

It is no longer a question of, do we need teachers of color? There is no shortage of data that shows that minority teachers not only help improve the outcomes of ​students who share their background, but also that of academic performance of students of all races are improved. The questions now are: What can be done to curb the high-attrition rates for minority teachers, and will addressing hiring disparities for black and Hispanic teachers do enough to equalize students’ attainment levels? 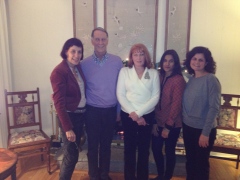 For those of you have been following this blog, you know we are conducting a study of literacy/English teacher educators in four countries (Canada, U.S., Australia, and UK). Our first paper from the study has recently been published in Journal of Education for Teaching 39(5), 534-540. The paper A Foot in Many Camps: Literacy Teacher Educators Acquiring Knowledge Across Many Realms and Juggling Multiple Identities is available through this link:  Foot In Many Camps

In the paper we describe how the teacher educators had a range of classroom teaching experience which they drew on in many ways. Most went far beyond simply telling stories about their previous work. All were heavily influenced by their own childhood experiences, which continue to affect their current work. Many felt that they needed to hold dual identities, teacher and academic, because they were still heavily involved in schools through their research and in-service activities. Several felt that there was a hierarchy in their department with those most removed from schooling at the highest tier. Most saw themselves in the field of literacy not teacher education and gravitate towards literacy-focused conferences and journals rather than those in teacher education. I (Clare) hope you find the paper interesting. We certainly have found this entire study fascinating.

In Ontario we have a public holiday called “Family Day”, a day in the depths of February where most adults have the day off from work and children stay home from school for the purpose of spending time together. It is a day meant for us to relax and enjoy the wonderful people in our lives.
In honour of Family Day, I (Yiola) would like to share an interesting and inclusive way of thinking about family from the perspective of a child.  This idea comes from the descriptive findings from my research project on critical literacy practices of elementary school teachers.  In the Grade two classroom students designed their autobiographies and published books called “Selfologies”.  The published books include a variety of literacy process and forms of writing including: interviewing family members, writing narratives, developing timelines, creating family trees to mention just a few.
Instead of a traditional family tree that is a chart representing the family structure, often with the child at the bottom of the tree and the space for the father on one side and the mother on the other, the teacher used something different.  The teacher recognized the traditional family tree chart normalized the nuclear family and left no space for all the wonderful family structures that exist. The teacher introduced a “family circle”.  This graphic organizer places the child at the centre of the page and bigger circles that include family members surround the child (see image below).  This way of organizing the concept of family changes the perspective and value we place on “what is a family” and “who is in a family”.  The family circle empowers the child to decide on their own who is in their closest inner circle. That may be siblings, two mothers, a grandparent, a family friend. By using a new and improved structure we are teaching students how to read the world differently. Family today is a broader and more inclusive term.

The first image is of the children designing their family circles. 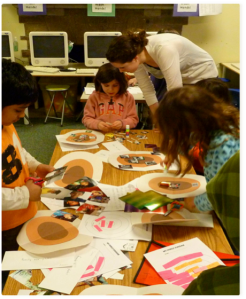 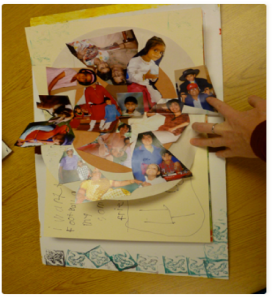 The first publication from Clare’s research on literacy teacher educators has just been published. With her co-authors Lydia Menna, Pooja Dharmashi, Cathy Miyata, & Clive Beck “A foot in many camps: Literacy teacher educators acquiring knowledge across many realms and juggling multiple identities” has just been published in the Journal of Education for Teaching 39(5), 534-540.