I (Cathy) have always appreciated and valued how technology, particularly Skype, can enrich our lives.  I have used it and other forms of real time communication (e.g., Face time, Zoom) in research to conduct interviews; in classrooms to allow my students to meet authors; and in my personal life to stay in touch with my children while traveling.  But this week, Skype took on a whole new level of personal meaning for me when my daughter prematurely gave birth, on the other side of the country.   Within a few hours of the birth, I could ‘see’ my daughter and knew she was all right.  Then my husband and I watched our new granddaughter. It wasn’t a still photograph, it was her in real time, moving and stretching, even crying.  What a gift.  To be able to be a part of something so precious, even when so far away. As a child I envisioned such things through The Jetsons cartoon.  I can’t even imagine what darling baby Everley will witness when her grandchild is born.  Beam me up, Scottie?  Perhaps.  Right now I am content to experience Skype and appreciate the joy it brings into our lives. 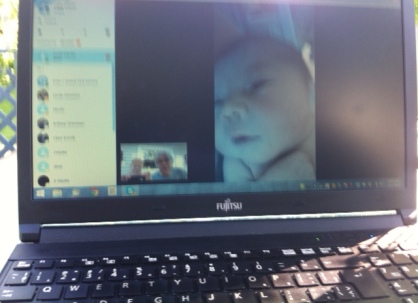 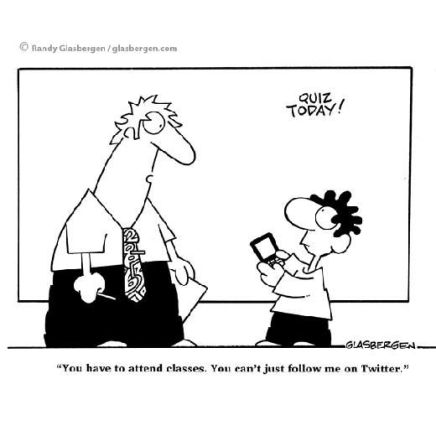 I (Cathy) was amazed to recently read about two Washington University sophomores, David Azodi and Thomas Pryor, who’s work was highlighted in Discover Magazine. These clever young men have been recognized for an invention that could break down communication barriers for the deaf. Sign Aloud is a pair of sensor-filled gloves that interpret the hand movements American Sign Language users use to communicate, and converts them into speech or text that the rest of us can understand. The students designed the gloves inside the CoMotion MakerSpace, a collaborative workshop on campus. They recently received the Lemelson-MIT Student Prizefor their work, which is a yearly award given to undergraduates for innovative inventions. They won in the “Use It” category, and received a $10,000 grant along with the prize.

Follow the link below for a demonstration of this brilliant use of technology. 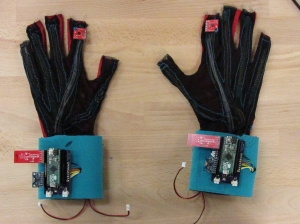 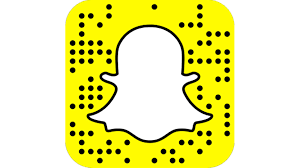 I (Pooja) have always been somewhat of a late adopter to the latest technologies, but I know when things are shifting because of what learners in my class and my more technologically-inclined friends are using on  their phones. What I’ve noticed is that Facebook and Instagram are quickly becoming the social media tools of yesterday. Growing in popularity is Snapchat, a social media application known for its short-lived videos. On Snapchat, your followers can view the photos or videos you “snapped” for 10 seconds before they disappears for good. Started in 2011, Snapchat now has 100 million users and is gaining users at a rapid speed, especially post-secondary students.

It is for this reason I am curious to know how (and if) teachers are using Snapchat in their classrooms. I came across an article on NPR written by Jacquie Lee that highlights the work of one professor, Michael Britt using the app in his introductory psychology course. He uses the tool to post 10-second videos which relate to the theory and concepts discussed in class. For example, to help students connect to a lesson on the biology of the brain, Brit snapped his niece in during her ballet class standing on one leg. He “used the snap as an example of how the cerebellum in the brain controls balance” (Lee, 2016). Britt notes that approximately 90% of his students check his “snaps.” That is a significant number considering how many students don’t do/complete course readings. Snapchats seem to “reach” the students in a way perhaps course readings can’t.

I still do not have a Snapchat account. I can’t imagine people being interested in the details of my day. Perhaps I should reconsider. Perhaps Snapchat is an entry point into bridging the divide between theory and practice in our courses.

I (Cathy) am not sure that keeping up with technology in education is possible.  This is where collaboration in the classroom becomes a necessity. The ‘technology-gifted’ students become our greatest resource, in effect- the teachers.   Unlike the cartoon below, I’m not referring to the  students who can afford the latest gadgets, I’m referring to the students who are ‘technologically intelligent’.  Several years ago, Howard Gardner suggested this was possibly  a new intelligence to add to his list, but unfortunately never followed up.  Personally, I have relied on such students in the past.  They are our mentors. They ‘see’ the digital world and the possibilities. It’s a gift.  Look for these students in your class.  They may be a fantastic untapped resource. 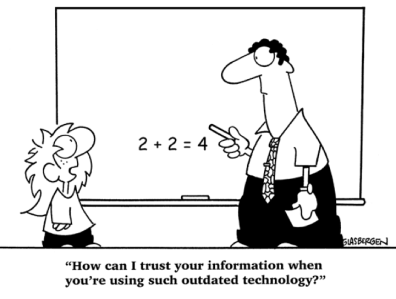 This cartoon reminded me (Cathy) of an incident from when I was teaching grade four.  The math problem for the day was:

One of my students just couldn’t figure it out it.  He usually didn’t have problems with mathematics, but he just couldn’t “see it”. In an effort to guide him, I told him to draw a clock and count the hours in between 11 and 7.

Sometime later I noticed he was sitting at his desk just staring at his notebook.  I walked over to see what he was staring at. This is what he had drawn:

I guess my technology wasn’t matching up with his technology.  It’s a constant challenge!

I (Cathy) looked up the definition of technology the other day because I had lost track of the meaning outside of my association of technology with computers.  According to Dictionary.com, technology is “the application of scientific knowledge for practical purposes, especially in industry.  This refresher helped me to better grasp the technological clothing my husband has been wearing as of late.

For Father’s Day my husband was given an UnderArmour shirt (from our son-in-law) and challenged to wear it for a day. My husband has been a stanch believer in wearing cotton for many, many years, yet our son-in-law insisted that the new technology in fabric was far advanced in comfort and temperature control. I was intrigued.  Fabric technology?  I had to look it up and found this on the net…

“As a fullback at the University of Maryland, Kevin Plank got tired of having to change out of the sweat-soaked T-shirts worn under his jersey; however, he noticed that his compression shorts worn during practice stayed dry. This inspired him to make a T-shirt using moisture-wicking synthetic fabric.  After graduating from the University of Maryland, Kevin Plank developed his first prototype of the shirt, which he gave to his Maryland teammates and friends who had gone on to play in the NFL. Plank soon perfected the design creating a new T-shirt built from microfibers that wicked moisture and kept athletes cool, dry, and light” 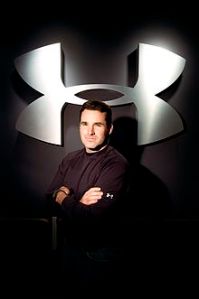 My husband agreed to try the shirt and fell in love with the texture, weight and maintained coolness of this new technologically advanced fabric against his skin. He has several shirts now and is looking at other forms of apparel.  My husband may not be up to date in computer technology, but he is sure ‘in’ when it comes to fabric technology.

My new awareness of technological fabric has given me pause to reconsider what technological advances are in store for us in education that are not computer based.  What will change?  Desks?  Art materials?  Windows?  Will the entire classroom environment transform?  Will we dress differently as a result of technology?  The possibilities are endless… and exciting.

I (Cathy) was recently asked to give a storytelling workshop for a third year Early Childhood Education Class. The professor felt the experience might broaden her students’ concept of literacy.   As a practitioner of multiliteracies (New London Group, 1996) I felt compelled to blend “old world literacy” which in this case would be storytelling (it is the oldest form of entertainment for our species), and new world literacy, which in this case was an online interactive learning system called Today’s Class.  (I have mentioned Today’s Class in an earlier post.  Today you get to hear how I put it into practice).

Initially, the students (a broad range of ethnicities, ages, and English language proficiencies) shared they had never previously experienced storytelling.  They had been read to and assumed this was the same thing.  Most admitted they had never heard of Todays’ Class either, but were game to give it try.  I warmed them up by delivering an old folktale (old world style, just me, them and their imaginations) which blew them away.  “I could see the story!”, and “I was captivated” were some of the responses.  The class was then arranged into small groups of three, each group having a lap top with access to the internet.  Each group was “invited” into the Today’s Class site and asked to give their group a “nick name”.  On the large screen at the front of the room, I posted questions about the storytelling experience for them to consider.  After some deliberation, the groups posted their responses, using only their nick names for identification.  I was intrigued by their reactions as the team responses popped up on the screen.  They were highly engaged.   I could have heard a pin drop they were so intent on reading the other groups’ answers.  When I used to do this kind of activity, the groups used chart paper and markers to record their answers and these were posted around the room.  I usually read out the answers because the printing was often not legible across the room.  Also, I often filtered what I read aloud, instantly deciding what the key points were and only sharing those.   However, with the big screen, it became each students’ responsibility to do the reading and the  filtering. The accountability and engagement levels were higher.

As we moved through the workshop, experiencing different forms of storytelling, the groups returned to conferencing at their computers, analyzing the responses and discussing the salient points.  Both my students and myself were delighted with the results.  Storytelling and technology were a perfect fit.  The students left with a much deeper understanding of an ancient literacy form, many vowing to use it in their child care centers, but also left with a much broader view of the usefulness of modern literacies.   Old and new world do blend.   I couldn’t help but wonder how Aesop might have felt about Today’s Meet.    I think he would have liked it. 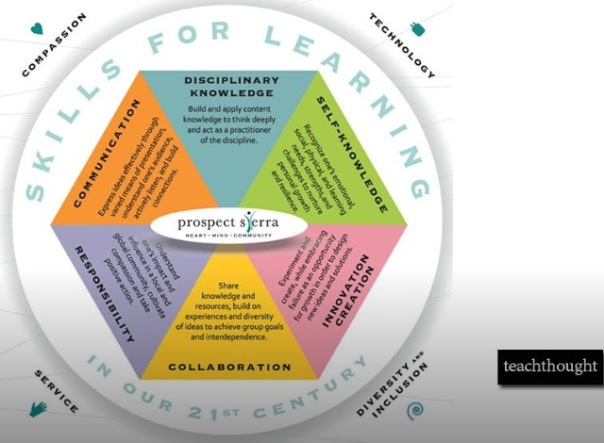