In this blog we have had many posts about digital technology. I (Clare) found this article by Meghan Casserly so interesting. Times are a-changing so schools must be a-changing. Who knows what jobs will exist in 10 years from now. Here is the link to the article.

Employment trend watchers have been pinpointing the sectors where jobs are anticipated to increase forever—every five years the BLS projects its own outlook and sites like our list what’s become old news: that careers in a handful of sectors (most linked to technology, a growing concern about the environment and an aging population) are on the rise while others continue to falter. But are they new occupations or simply new ways of meeting existing needs?

“I don’t believe that new needs have been created,” says Charles Purdy, senior editor for Monster.com. “We’ve just created new ways and adopted new technologies to get them done.”

Still, each year as twenty-somethings leave college campuses in droves, industries on the rise offer something uniquely appealing: the opportunity to seize brand new positions where competition hasn’t reached critical mass. With that in mind, we scoured jobs data and career sites for the most promising positions in on-the-rise sectors that were only created in the past decade. They’re so new that they didn’t even exist a decade ago, which more than puts your parents out of the running.

App developers can expect an average salary of $93,000 (indeed)

The iPhone was introduced in 2007, the Android shortly after. Since then, more than a

million apps have been put up for sale in Apples App Store and Android’s Google Play. Consider this: in 2011, Apple AAPL +0.24% pulled in more than $15 billion in revenues from mobile applications, which shrink  programs that used to run only on desktop computers to make them work on mobile devices.

As demand surges for apps to run on iOS, Android and whatever operating system is waiting in the wings, companies are faced with a dearth of talent with the skills to develop for mobile. This means fresh opportunity for programmers and developers to break into a booming market. Currently more than 16,000 listings for mobile app developers are listed on job site indeed.com.

As customer information becomes more and more vital to the retail experience, businesses are compiling data in droves—and hiring experts to make sense of it. From different datasets including structured (transaction), semi-structured (user behavior) and unstructured (text) information, data analysts and scientists look for behavioral patterns to help retailers and businesses predict future trends or to build recommendation engines or personalized advertising.

“Library science is a really hot degree right now,” says Purdy, “And data-mining could be one of the reasons. It’s a helpful knowledge set for someone hoping to manage large amounts of data” Hopeful data-minded candidates can include library science majors, researchers, engineers or applied scientists.

When a certain set of affluent parents watch their toddler stack his or her first set of blocks, they’re not lost in a moment of cute, they’re strategizing their child’s likeliness of getting into the right pre-school. These moms and dads will stop at nothing to secure the best education for their kids—which for many includes hiring an educational or admissions consultant to help ease the process of interviewing and testing into schools from preschool to college. Admissions consultants can be paid thousands of dollars for their skills—which often include personal connections with school administrators.

Generational consultants help companies better understand the changing workforce—and who better to explain the Millennials than a living, breathing member of Generation Y? Companies in every sector and of every size face the challenge of recruiting and developing young professionals to prepare them to be future executives.  Companies can build loyalty in their workforce by engaging in practices that connect directly with their younger employees. All-hands happy hour, anyone?

But this isn’t a role that’s strictly for the young ones. Many generational experts are older employees, who’ve turned their experience with young people into an ability to advise companies on how best to engage, motivate and, yes, placate this often fickle workforce.

Making the most of online communities– what we generally call “social” networks–has become an integral part of businesses from small-town coffee shops to behemoths like Amazon and Microsoft MSFT +0.61%, which both employ social media managers in their marketing and advertising departments. “There has been a great big shift in how companies communicate with their customers ,” Purdy says. On job site indeed, for example, there are currently over 11,000 listings for the title. But the term “social media managers” really covers all manner of tasks–from the social-savvy recent grad who mans the Twitter feed to the new wave of marketing strategists who help companies to leverage their social audiences through targeted marketing.

But don’t be fooled that your 10,000 Twitter friends are going to land you a job. “Young people may be more technologically savvy than their older colleagues,” says Purdy, “But technology in the workplace is evolving so quickly that a person can’t think that just because they’re great at Twitter will make them a desirable commodity long-term.”

One step up from a “social media manager,” (more on that later) the Chief Listening Officer keeps her ears (and eyes) on social channels and real life conversations to keep the company up to speed on what their customers are saying. “Before social media, business was a one way channel of communication. The company talked, we listened,” Purdy says. “Now we’ve become accustomed to two-way conversations. We expect them to listen, and so we see these kinds of roles.”

Beth LaPierre became the first ever Chief Listening Officer in 2010, and while she’s since moved on to other gigs, she spent her time monitoring the more than 300,000 mentions of Kodak on Facebook, Twitter, message forums, YouTube, blogs, and elsewhere on the Web each day, using software from Radian6 and PeopleBrowsr. Then she moved that information to the relevant department. As more and more companies rely on social streams and online exchanges for customer service reasons, the role of the listener will only increase.

In August 2006 Google GOOG -1.5%’s Eric Schmidt described the company’s approach to software as a service as “cloud computing” at a search engine conference, possibly the first high profile usage of the term. Because it was used in the context of describing Google properties (Gmail, etc. etc.), it became synonymous with online storage and sharing of data. These days, the term has adopted by everyone from Microsoft to start-ups that help moms access coupons in the check-out line. Companies are looking for database managers, engineers and strategists for storing and indexing massive amounts of data—we’re talking petrabytes (one quadrillion bytes) of information.

As the population ages and baby boomers become grandparents, an increasing amount of attention is being turned to the care of the elderly. Between legal concerns, staffing at residential facilities or consultants hired to facilitate end-of-life issues, jobs in this area are expected to increase. People who have an understanding of the increasingly complex healthcare system in addition to an interest in comfort care are well suited for these roles.  Communication skills are also paramount—as elder care service providers are often tasked with communicating end-of-life issues to their client and his or her family members. 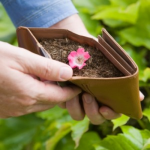 “There are obviously some very concrete reasons that companies00even those who aren’t in the green or alternative energy space—would be interested in sustainable practices,” says Purdy. Oftentimes hiring someone into an environmentally-conscious role could be a cost-savings issue, he says, both in terms of lowering power bills or to take advantage of increasing tax rebates for companies committing to sustainability.

A degree in environmental science or business management major would prove useful in these new “green” roles as they often require developing new workflows to increase productivity while lowering the carbon footprint of a business, but specific environmental leadership majors are on the rise.  Projects can include: recycling and waste reduction, supplier sustainability evaluation. Purdy thinks Millennials are a shoe-in: “Look at the next gen of managers and leaders,” he says. “These young people grew up in a culture that valued recycling, valued being green. They’re far more driven by those concerns because they’ve been hearing about it since they were babies. I think we’ll continue to see growth in this area for young employees.”

Sustainability consultants have an average annual salary of $83,000 (indeed.com)

What is user experience design? Quite simply, experiences created and shaped through technology and how to make them happen. Case in point: the experience of waking up to an alarm clock is very different from the experience created by the rising sun and chirping birds. A user experience designer’s concern is how to mimic the birds-sun experience through technology (see the variety of alarm clocks on the market that grow louder and brighter to wake you gently). Would-be designers should be fluent in Photoshop, understand programming languages like CSS and HTML and feel comfortable taking an idea from sketch to prototype. As far as demand goes, things are looking bright: a recent indeed.com search returned 168,219 job listings.