This month Parks Canada announced the discovery of one of the lost ships from Sir John Franklin’s Arctic expedition. The two ships from the Franklin expedition, HMS Erebus and HMS Terror, and their crews disappeared during a search for the Northwest Passage in 1846. Recent sonar images from the waters of Victoria Strait, just off King William Island in Nunavut, revealed the wreckage of a ship on the ocean floor.

The discovery of the Franklin ship demonstrates the strength and reliability of Inuit oral history. For more than 30 years local historian Louie Kamookak has been interviewing elders to collect the stories about the Franklin expedition. According to Inuit oral history the two ships appeared on the northwest side of King William Island. One of the ships was crushed in ice and the other ship floated further south. The Parks Canada team may not have discovered the Franklin ship without Inuit knowledge and the strong tradition of Inuit oral history. Kamookak noted, “for us Inuit it means that oral history is very strong in knowledge, not only for searching for Franklin’s ships but also for environment and other issues.” 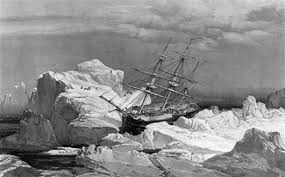